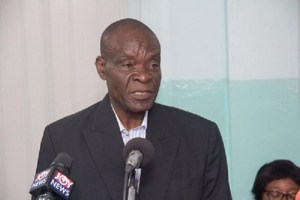 Ghana doesn’t legally exist – Kosi Kedem. In the wake of some group of people in the Volta Region demanding independence for a Western Togoland state, Kosi Kedem, a former Member of Parliament for Hohoe South has argued that Ghana does not legally exist.

There’s no union document on the so-called union between Ghana (Gold Coast) and Togoland. De facto, they are one [unit] , but legally, Ghana does not exist,” Kosi Kedem said on Joy News’ PM Express on Tuesday.

He explained that Ghana as a country is made up of the Gold Coast and the UN Trust Territory of British Togoland, adding that, for a union to be constitutionally legal, a union document needs to be legalized.

Kedem said, “Resolution 1044 which recognizes the recommended union, the same UN Resolution 1044 invited the British Government which was the administering authority to take such steps as necessary to bring about the union.”

He continued: “So, if a Trust Territory, being ruled by the UN and a colony being ruled by Britain are to come into union, what do you do? You have to sit the two of them down for them to determine what type of government they want to have, what will be their responsibilities, obligations and benefits. No such thing was done.”

Kosi Kedem further stated that the main cause of the fight for independence by the secessionist groups is that there is the absence of the union document that details the factors of the union.

He indicated that the plebiscite that resulted in the independence of the Gold Coast was facilitated by the United Nations mission visiting French Togoland and British Togoland.

He explained further that the plebiscite was to determine the political fate of both colonies which also gave two options, that is, a union with the Gold Coast or an integration of both colonies.

Kosi Kedem revealed: “The problem is that there was a plebiscite as a result of the UN Visiting Mission which came to the two Togos; French Togo and British Togo in 1955, and they recommended that there should be a plebiscite in British Togoland to determine their political fate. Majority of Togoland said that they wanted a union with an independent Gold Coast…the UN General Assembly rejected the offer of the union and forcibly integrated Togoland with Gold Coast.”

He said a union would have maintained the sovereignty of Togoland which would have given them the sovereign equality with independent Gold Coast under the same government but under the integration, Togoland lost its identity which was completely consumed by the Gold Coast. The union was thus forced on Togoland.

Kedem stated that no meeting was held to determine the kind of government to be instituted, its responsibility, obligations as well as the benefits to be derived from the union.“Instead, on the eve of independence, around 4th March, the British Government with the help of the CPP government just sent troops to Togoland and occupied the place on the pretence that they were quelling a rebellion,” he noted.

Kosi Kedem stated that the British government refused to implement the terms and conditions highlighted in Resolution 1044, which was to ratify the union.

He consequently called for a dialogue between the government and the secessionist group and further called for the “rectification of the constitutional blunder” which can end the debate of secession and unite the country.

“Violence, confrontation, repression are very powerful, but dialogue negotiation and engagement are far more powerful than violence because violence does not solve any problem, dialogue does. It gives you a long-lasting solution to the problem,” the former MP added. Ghana doesn’t legally exist – Kosi Kedem. 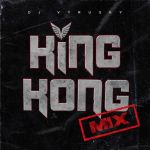 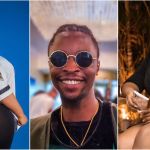