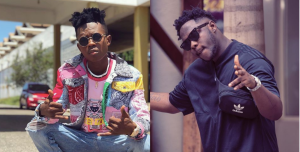 The Hiphop trap song is the first major single Tubhani Muzik will be dropping this year.

This comes after he dropped Mokobe a few weeks ago. Oseikrom Vibe was produced by the finest Kumasi based sound engineer, Tubhani Musik.

Bars is the 1st track on the 4 track EP. Just like it’s title, Ayesem and Strongman delivered some serious bars on this masterpiece.

Stream the full EP below;

Mokobe comes off the rapper’s highly anticipated 10 AM album, it’s the 4 track on the 10 track album.

This 3 minutes and 30 seconds jam is the fifth single Strongman has dropped off the upcoming album. The first four are Bossu (ft. Medikal), Pilolo (ft. Kelvyn Boy), Walahi (ft Dopenation) and Big Boy.

Just like the previous four songs, Mokobe was dropped along with it’s official video which was directed by Prince Dovlo.

Watch the official video below: 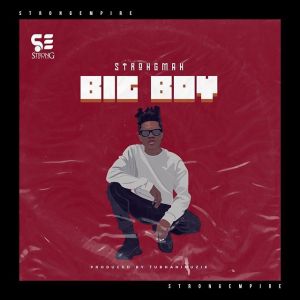 Strongman Burner has finally released the 4th single off his upcoming “10 AM” album and it’s titled Big Boy.

Strongman has decided to go solo on this one after he featured Medikal, Kelvyn Boy and Dopenation on the previous tracks.

This 2 minutes and 46 seconds hiplife tune was produced by Tubhani Musik.

Production credit goes to Robo Beatz. Listen and download below;