Yaa Jackson shows off her boobs during performance on stage. Bad girl Yaa Jackson gave spectators much more than they anticipated or paid for when she mounted the stage to perform to a rapturous crowd at a concert in Tema Saturday night.

Jackson who left her bra at home seemed to have prepared to give the crowd a free show by revealing all of her chest and letting her boobs come out to play. Her nipples were the only thing concealed with yellow nip pasties.

Videos going viral online show that midway through her performance, Yaa Jackson suffered a wardrobe malfunction after strings holding her mini dress at the back gave up on her.

But she swiftly covered her assets up with her hands and continued on with her performance until one of her friends who was also dressed in a bright orange mini skirt and crop top came to her rescue.

All this happened whilst performing her song ‘3hw3 Papa Bi’

Watch the video below: Yaa Jackson shows off her boobs during performance on stage. 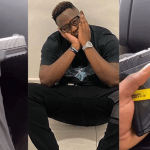 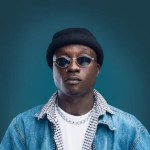