Video : Ndc Chief Felix Ofosu Kwarkye Caught Red Handed With Someone’s Wife. Felix Kwakye Ofosu, the NDC Parliamentary candidate for Abura Asebu Kwamankese in the Central Region was allegedly seen in a room with a woman who was engaged to be married to someone else.

In a viral video cited by Kenney Blaze, Kwakye Ofosu, the former deputy minister for Information under the erstwhile John Dramani Mahama administration is seen accosted by relatives of an unnamed future husband of a lady that he, Felix Kwakye Ofosu, had visited.

“Felix, I’ll record every single thing for people to see…should I call your wife? What are you doing in my brother’s room at this hour…if you talk to me nicely we’ll end it here but if you play hard I’ll be hard,” a voice in the camera is heard questioning Kwakye Ofosu.

Felix Kwakye Ofosu stated heaven and earth that he had nothing to do with the lady in question. Kwakye Ofosu then asked what the point in questioning him and recording at the same time was, but the male voice retorted, “because you’re an expert in lying…my only point is what is an honourable member doing in my brother’s girlfriend’s room at 5 am. My brother is coming down to marry the same girl.”

The male voice stated that Felix Ofosu Kwakye has been a regular visitor in the house and mostly spends the night there but this time around they cannot comprehend what is going on.

Felix Kwakye Ofosu is yet to respond to the contents of the video. 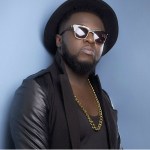 Throwback : Guru – The Law Of Karma 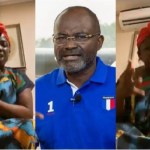