Remembering Friction, The Original Founder Of The VVIP Music Group. Many may wonder about the roots of VVIP which is the most successful and greatest music group in Ghana and Africa as a whole. The genesis of this music group goes way back. Back when some of us were still in diapers eating sand. The original founder of this group is Musa Haruna popularly known as Friction.

Friction formed this group with a friend of his who later had to leave the group for the U.S. to finish his education. So Friction proposed the idea to four people (Promzy, Lazzy, Prodigal, and Bone) and before they knew it, the five of them were performing at ghetto parties, clubs, street festivals, etc. Bone however left the group due to some personal reasons.

Friction’s dog, Chicago, was also an official member of the group. You could hear the dog growling at the end of their tracks from the late 1990s. Eventually, Chicago died.

Taking a good look at their “Daben Na Odo Beba” video, you could see Chicago in the beginning and hear him howling at later parts of the song.

Initially, the duo began as Precise Music before rebranding as VIP in 2000 after the amassed a great deal of fame across Ghana. In 1998, they released their first album, Bibi Baa O, they were famous all over Accra. They became the most popular Hiplife group in Ghana. In 2000, they released their second album, Ye De Aba, which was more successful than their first album.

After the second album, Friction felt that it was his time to work as an individual artist and quit the group. The group now had three members (Promzy, Prodigal, and Lazzy) and released a third album in 2001 called Lumbe Lumbe Lumbe with the smashing hit “Daben na Odo Beba”. However, the hiplife group conquered the Ghana music charts with their 2003 album Ahomka Womu; their single also named “Ahomka Womu” was number one on the Ghanaian charts for over 20 weeks. VIP won five awards at the Ghana Music Awards from the hit single and the group gained international exposure after this success.

Friction’s hunt for new adventures landed him in Holland where he still resides today and doing just fine just in case anybody ever wondered. Before departing the group and Ghana, Friction featured in Ghana’s national HIV Campaign song ‘Stop AIDS, Love Life in the year 2000 alongside some of the biggest stars of that era including Reggie Rockstone and Black Prophet.

Friction went solo and auditioned for the Dutch music school Rockacademie, and was admitted. Since 2006 he is based in Holland, where he also joined the music competition X Factor. His Reggae Single ‘Life is not easy’ got three nominations on the Ghanaian Bass Awards and was featured in the German-Dutch movie production Verliebt in Amsterdam with Dutch actress Bracha van Doesburg and German actor Vladimir Burlakov, in which he also performs with his band. Over the years Friction performed as the support act of Reggae legends Morgan Heritage, I Jah Man, and Eek-A-Mouse, and on global stages such as Holland’s biggest festival Zwarte Cross and UK’s biggest Reggae Festival The One Love Festival.

In both 2017 and 2019 Friction got nominated in the category ‘Entertainment personality of the year’ at the Nima Excellence Awards, an award show to celebrate different types of talent coming out of Nima, Accra, the neighbourhood Friction was born and raised in.

The VIP group went on to thrive and even achieved the highest feats available to clinch and if anything ever made Friction proud in life, it will always be him starting the music duo. Promzy left and Reggie Rockstone joined as they rebranded once again to VVIP. The story never ended for the group as it continued to make difference. The group won almost every award they were ever nominated for and the story goes on.

In February 2016 during an interview with DJ Murphy Lee on Storm Fm’s Entertainment Extra, Friction revealed that he left Ghana because he wanted to upgrade himself in his studies and his music career to be precise.

“There is no difference everything is going through with my then absence and my absence now… V. I. P is still growing. The group was going well… So that was how the group goes,” 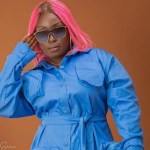 I Nearly Gave Up On Music Some Years Ago – Eno Barony 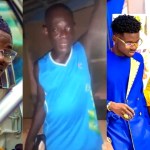