“I made him more popular here too because people didn’t know Stormzy in Ghana here,” he told MzGee on TV3.

Yaw Tog's comments about making Stomzy popular in GH are the kind that unfortunately encourage selfish behavior in the industry.. If u know what it takes to be a mainstream artist in the UK and play listed into other parts of europe, u won't loose talk.. Smh.. Focus on ur music 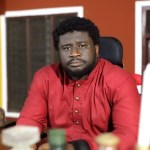 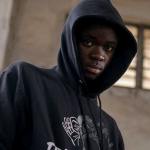 The American Dream Or A Thug Life, Which Is Yaw Tog Aspiring For