Landlord evicts lady from his house for wearing skimpy dresses. A young lady who is not happy over her landlord’s decision to evict her from his house has taken to social media to share her frustration.

The lady who is known as Toju from her post on social media revealed that he landlord served her an eviction letter even though she still has more time to stay in the house.

According to her, the reason stated in the letter by the landlord was because she likes wearing skimpy dresses and was showing off more flesh which he described as tempting to him.

“Because my landlord has an issue with the way I dress he’s bringing my quick notice today. I’m just upset because I know it’s not fair and I really shouldn’t be treated this way. I hate that no matter how much we fight for equality online, the average man is still a misogynistic piece of sh*t”

See photo and post below: Landlord evicts lady from his house for wearing skimpy dresses. 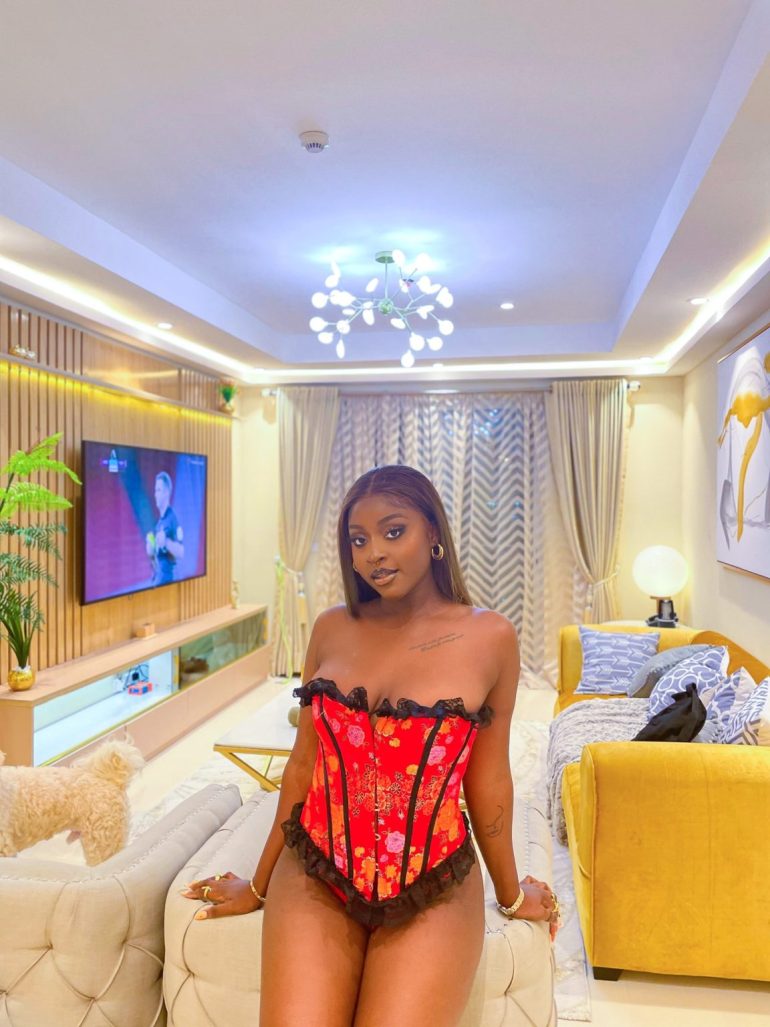 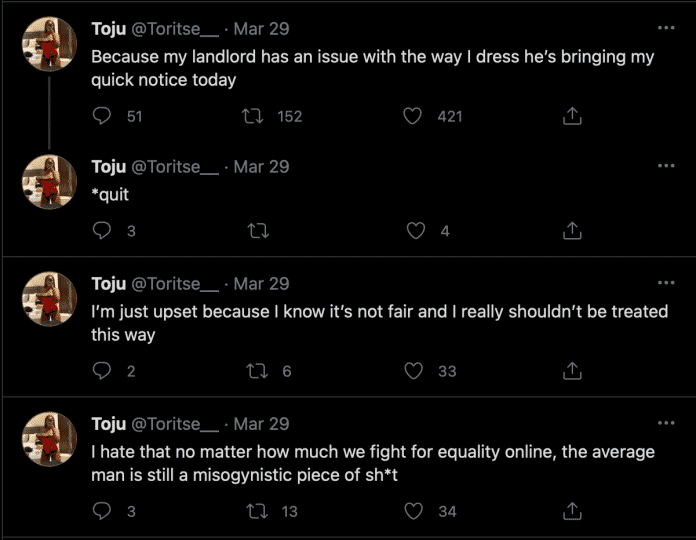 Landlord evicts lady from his house for wearing skimpy dresses
0 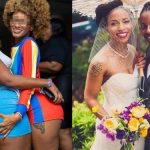