I Don’t Mind Being A Second Wife – Actress Reveals. Up and coming actress, Salma has disclosed that she’s super ready to marry a man who has a wife but it comes with conditions.

She confessed that she doesn’t mind a man who already has a wife or wives if he’ll be responsible; referencing Regina Daniels of Nigeria.

”I don’t mind being a second or third wife if he can take care of me. I should have my own house since he has other wives so I can be comfortable,” Salma said.

The 19-year-old added that she loves older and matured men because they have been through life and have a better experience.

”I prefer mature and rich men, they’re better than the young ones. If at 25, you have cars and houses it’s likely to be fraud because you couldn’t have achieved that much in the short period,” Salma told DJ Nyaami on SVTV Africa.

Salma has been in a few scenes of movies and would love to work with Nana Ama McBrown, Kwadwo Nkansah, Christiana Awuni among others.

Watch video below: I Don’t Mind Being A Second Wife – Actress Reveals. 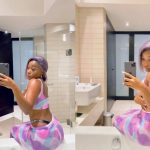 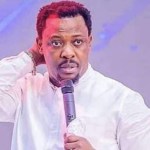