Akuapem Poloo Reacts After Court Ordered Her To Pay Ghc100k Over Nude Photos. A few months ago Akuapem Poloo was dragged heavily after she shared n@ked photos of her and her son on his birthday.

Despite the concept, Akuapem Poloo had in mind and how creative she wanted to be, people didn’t spare her but continually bashed her for days.

This did not end there Poloo was also invited to the Police Station to help in further investigation of the said nvde photos.

However yesterday, news broke about Poloo being granted bail of GHC 100,000 and with this the social media influencer has reacted in a series of posts.

The posts by Poloo was about Thanking God for what He has done and how far He has brought her.

Post below; Akuapem Poloo Reacts After Court Ordered Her To Pay Ghc100k Over Nude Photos. 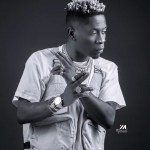 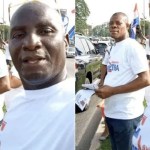 Sick Waakye hits the streets to campaign for Nana Akufo-Addo