With his recent success and achievements, many Ghanaians, entertainment pundits and some musicians has tipped Stonebwoy to be the first Ghanaian to win a grammy award.

Being chosen by thousands of people to achieve something comes with a lot of responsibility but Stonebwoy is loving it.

In his recent interview on Pluzz FM, he was asked about how he feels when he hear people saying he will be the first Ghanaian to win a Grammy and his answer was simple.

He stated that when people say stuff like that it only means that he is doing the right thing and it also gives him more vigor to do more.

Stonebwoy added that with the support Ghanaians have been showing him recently, he believes he will bring home a Grammy very soon if they keep supporting him like.

In 2018, Stonebwoy got his first ever Grammy nomination after an album he was featured on was nominated for the Grammy awards.

His new “Anloga Junction” album has set a lof of records and made history since it’s release. It’s the most streamed Ghanaian album on Audiomack and Boomplay.

The 8th song on the album which features Keri Hilson and titled “Nominate” has become the first ever Ghanaian song to enter the Billboard charts.

With this kind of achievements, we can confidently predict that the dancehall artiste will win a Grammy one day. 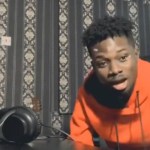 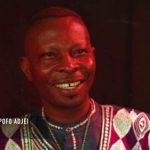