Kwame Owusu Fordjour, popularly known as Dr. UN, has revealed how he was released from police custody.

Some weeks ago, Dr. UN was arrested and put behind bars over a fraudulent awards scheme he organized some years ago.

This comes after he succeeded in swindling several high-profile personalities in the country including musicians and government officials.

But speaking in an interview with Angel FM, Dr. UN detailed how his lawyer worked hard and pleaded for him to be granted bail.

“My lawyer and I pleaded for bail because no matter how big you are, you will be humbled when standing in front of a judge at the court,” he stated.

According to Dr. Fordjuor, he has effortlessly won the admiration of several Ghanaians for being courageous.

Click on the link below to watch the video. 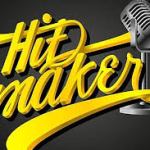