Screenshots : Check Sister Derby’s Reply To A Fan Who Called Her A Lesbian. Ghanaian musician Deborah Vanessa who goes by the stage name ‘Sister Derby’ has suffered heavy troll from a netizen over his failed relationship with rapper Medikal.

Although Sister Derby responded to the comment with all the seriousness it deserves, it appears these unpleasant words rubbed her wrongly.

This comment by @spe.cial1994 on Instagram came under a photo shared by Sister Derby on September 28, which had budding musician Y;akoto featured in.

Clearly, with two females in a photo who appear to be enjoying each other’s company, this netizen decided to describe the ‘Kakalika’ hitmaker as a lesbian.

“The lesbian gurl is around. A round of applauds. Medikal chop den dump you now you turn lesbian,” he commented.

Sister Derby also replied without any equivocation as he described the netizen as a fool who needs a therapy urgently.

“You are very stupid and childish for such a sexist, misogynistic and patriarchic comment. You are probably obsessed with sex and should seek therapy,” Sister Derby retorted sharply.

Sister Derby and rapper Medikal used to be in an amorous relationship until it hit the rock which necessitated both parties to go their separate ways.

Medikal soon found love in actress Fella Makafui. Both got married earlier this year and had given birth to a child, Island Frimpong. Screenshots : Check Sister Derby’s Reply To A Fan Who Called Her A Lesbian. 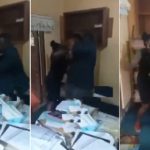 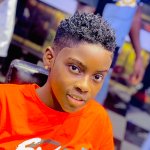