The word Kumerica is made up of two words, thus, Kumasi and America – fused together making “Kumerica”. Kumasi, meanwhile is the capital city of Ashanti Region in Ghana.

According to those who championed the term digitally, Kumerica is about living life like an American but residing in the Ashanti region.

Dancehall Artiste Shatta Wale travelled all the way from Accra to Kumasi to feature the Kumerican artistes with the assurance of bringing them to the limelight.

Okyeame Kwame also pledged to support the vision of Kumerica and the artistes in view of the fact he comes from the region.

According to Winfred Nii Adjayi, “Tema, Tamale and other regions have underground artistes who are struggling to come to the limelight, why is Shatta Wale not going there to help them? Shatta Wale realized that Kumerica was trending and he decided to take advantage but not to help them”

“Shatta Wale is very greedy and an opportunist who always wants to take every opportunity to make money. His focus wasn’t championing of the Kumerica but how to make money from Kumerica trending. The Kumerica boys are still struggling to come to the limelight,” he observed. 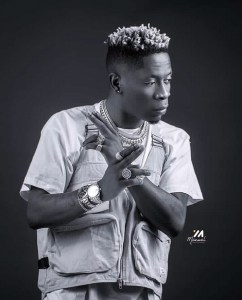 Recently Sarkodie was accused of endorsing Nana Akufo Addo and the NPP through his song Happy Day, which he later came out to clear the air.

In a recent interview dancehall act, Shatta Wale claimed he was to expensive for a political party, however before that he made mention of him having godfathers across the major political parties.

He said if he going to do that for a political party then they would have to do what exactly what he wants which he thinks they all can’t afford because of he is expensive for that.

Post below; I’m Too Expensive For Any Political Party – Shatta Wale. 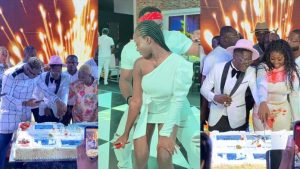 Exclusive Photos From Shatta Wale’s 36th Lavish Birthday Party. Shatta Wale was blessed with another year yesterday, October 17, and he threw a lavish party to celebrate his new age.

Michy, who happens to be Shatta Wale’s baby mama wished him earlier on that day but failed to make an appearance to Shatta’s birthday party.

The party was an interesting one as dollars were thrown, expensive bottles were popped, the party was a very lavish one.

Shatta’s birthday bash had the likes of the Frimpong family (Medikal and Fella), Moesha Boduong, Hajia4real, Kofi Mole, Quamina Mp, Becca Joey B, Darkovibes and a number of celebrities jamming to great tunes at his million-dollar East Legon mansion.

This dancehall song is his 3rd single of the month and it’s production credit goes to Shawerz.

P.I.C which stands for Partner In Crime is the dancehall artist’s 2nd single of the month, it cones after he dropped “Fuck Sars” a few days ago.

P.I.C was produced by Beatz Vampire. Listen and download below;

Shatta Wale rallies behind the Nigerian youths in their protest to end the “Special Anti-Robbery Squad (Sars)” who has been harassing the innocents.

#EndSars has been trending on social media for almost a week and Shatta Wale has joined the campaign by releasing this masterpiece.

Another banger off Kuami Eugene’s “Son Of Africa” album is this one which features Shatta Wale and Samini titled Ghana We Dey.

Ghana We Dey is the 8th track off the newly released album and it’s production credit goes to MOG Beatz.

Stream Son Of Africa on apple music below;

This comes after he dropped “Instinct Road” a few weeks ago. Shuru was produced by Beatz Vampire.

Jethro Alonestar Sheeran, a singer and cousin of Ed Sheeran announced the collabo in a post sighted by Zionfelix.net on Twitter.

The song which has Shatta Wale, Philly Freezer & Alonestar and Ed Sheeran is yet to be released.

This is a piece of good news as the flood gates of international collaborations have opened for Shatta Wale.

Other Posts : Penciled Celebrities Artist, Ray Styles Has Passed Away