Kuami Eugene revealed in a recent interview that he couldn’t accept a feature with Guru because he didn’t use the right channel and he has also disrespected his boss.

In his rebuttal, the NKZ Music Boss stated that he admired the works of Kuami Eugene and he didn’t want to feature him because he needed a hit song.

On the back of this, Teephlow in a post sighted by Zionfelix.net recounted how Guru robbed him of a chance to shine some years ago.

According to him, Guru is now stressing over a collabo after he treated him in the same way.

He tweeted: “With all those hits u still robbed a brother of a simple chance to shine when the new akaida dance wave came! U swore u never knew of my song and even claimed u created the wave.

Check the tweet out below ; Teephlow Drags Guru For Stealing His “Alkayida” Wave Way Back.

With all those hits u still robbed a brother of a simple chance to shine when the new akaida dance wave came!
U swore u never knew of my song and even claimed u created the wave.
Today udey stress over collabo.
Smh. Karma is indeed a crazy dog. #Phlowducation2 https://t.co/gJm4pO0vRY 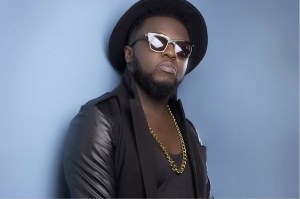 No Artiste Manager Should Be Part Of VGMA Board – Guru. Maradona Yeboah Adjei, popularly known by his stage name Guru, is a Ghanaian rapper and fashion designer has recently voiced out his displeasure with how winners are selected for the Vodafone Ghana Music Awards.

The artiste exercised his displeasure on the matter “no artiste manager should be part of the VGMA board” whiles talking to Dj Choco the host of morning entertainment show on ahomka 99.5 FM.

Guru stated that there is no way a manager will leave his label artiste out as well as the award is concerned. For instance Richie of Lynx Entertainment who is a member would make sure his label is well recognised to win an award and this would surely affect the credibility of the award scheme, noted to be one of the biggest in the country.

He suggested that all artiste managers be taken off the board to make it more independent and credible
He also added that he will never fight for something he deserves. No Artiste Manager Should Be Part Of VGMA Board – Guru.

GHAMRO Must Be Investigated – Guru. Rapper Guru is calling for an investigation into the works of the Ghana Music Rights Organisation (GHAMRO) over what he terms as a rip-off on the part of the royalties collection agency.

GHAMRO has come under numerous attacks over what some musicians consider as a failure on their part to address the list of concerns affecting musicians in the country.

Speaking in an interview on Rainbow Entertainment, Guru lamented about how his colleagues are being cheated by the music rights body.

He said, “When was the last time I was given royalties? I don’t remember. These are the things we need to address. We need to do proper checks. Do you know we have a system that helps to track the number of times songs are played, but GHAMRO has abandoned this system because it will expose their corrupt activities? This is what must be investigated.”

GHAMRO, which is responsible for collecting royalties for all rights owners in Ghana, has been accused of not living up to their task.

According to some musicians, the monies they receive from GHAMRO is nothing to write home about.

Veteran Ghanaian musician Akosua Agyapong is the lastest to come against the organization. She has accused its Chairman, Rex Omar, as being the “worst GHAMRO Chairman ever.”

She is quoted as saying “When Carlos was in charge, you (Rex Omar) were on social media platforms criticizing, and so, we thought given the chance, you will do better. Rather the situation is gone from bad to worse…As for Rex, I will say it again and again that among all of them, Rex is the worst GHAMRO chairman ever.”

Musicians like Stonebwoy, Kwaw Kese, and others including music producers have expressed dissatisfaction with the works of the Ghana Music Rights Organisation when it comes to supporting musicians with an effective royalties collection systems. GHAMRO Must Be Investigated – Guru. 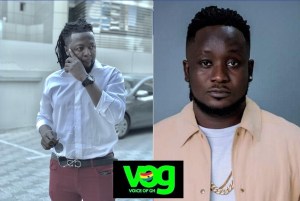 Hitz Fm Presenter Andy Dosty and Mr Logic has descended on highlife singer Kweysi Swat for lying about Guru that he never helped him after signing for his NKZ music label.

Kweysi Swat later apologized for lying about Guru but added that Guru delayed his progress.

Mr. Logic also advised popular artistes to stop signing new talents and described Kweysi Swat’s utterance as ungrateful after gaining his first VGMA nomination with a song Guru featured him on, that is “Bad Energy”.

Listen to the audio Below: