Kumerican artistes are not united – D Black. D Black is sounding an alarm about a wrong path Kumerican artistes are. taking. According to Ghanaian music and showbiz mogul, he has noted that the current crop of new artistes from Kumasi are doing great musically, but there is no unity among them and that is alarming.

“The Kumerican guys are doing great,” he observed, “but I think they are a little bit divided,” he said.

The rapper during and an interview with Tony Best on Akoma FM’s Entertainment360 on Saturday, July 17, explained that for acts to survive in any creative industry, they need support from their colleagues as well.

Identifying the disunity among the Kumerican acts, he said “I see Yaw Tog somewhere, Kofi Jamar on the other side, Asakaa boys doing their own thing”. D-Black who is currently promoting his ‘Loyalty’ album, emphasized that they need to unite.

“I feel they need to come together and pursue a common agenda. Music is such that, you will not be on top forever. So, as a brother’s shine goes down, he gets featured on a big song on a particular moment to lift him,” he said. 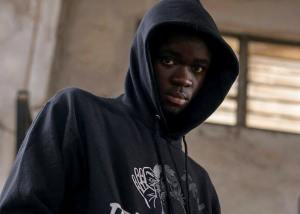 However, he later broke up with the Asakaa Boys after refusing to sign a label deal with them. According to observations, “all he [Yaw] wanted was to go solo after his boys bolstered his rise to prominence”.

The teenage rapper sparked beef rumors with the Asakaa Boys when he deleted their verses on the remix of “Sore” featuring U.K-born Ghanaian rapper Stormzy and Tema-based rapper Kwesi Arthur.

Since then, things never look good between them and they have been throwing subliminal shots at each, either in their songs, social media, or during interviews.

Other Kumerican acts like Kweku Flick, Kofi Jamar, YPee, Osikani Abrantie, Kweku Darlington, among others, have all been their been going about their music career individually. Kumerican artistes are not united – D Black.

Black Avenue Music artistes, D-Black and Nina Ricchie teams up for this banger titled Nothing On Me.

The new hip-hop song was produced by God Flow. Listen and download below;

It comes after he dropped “Low Key Vibes” a few weeks ago. Stubborn Boys was produced by Ronny Turn Me Up.

It’s the rapper’s 5th single of the year and it was produced by Kuvie.

Founder of Black Avenue Music, Desmond Blackmore simply known as D-Black is out with this freestyle titled Dope.

The rapper and business mogul covers Young T and Bugsey’s “Don’t Rush” hit song that has stirred up the biggest social media challenge in 2020.