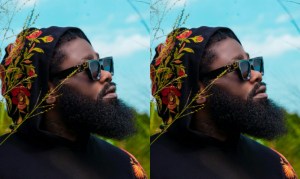 The rapper, who has become successful as a solo artiste since the group got disbanded, asked ladies what the f*ck they are still doing in the relationship when their boyfriends don’t have a beard, obviously like him.

He, therefore, used the moment to advise all ladies to make their men join the beard Gang. Leave Your Man If He Doesn’t Have Beard – Captain Planet Advises Ladies.

So Your So Called Boyfriend Doesn’t Have A Beard? What The Fuck You Still With Him For ?🤣🤣🤣🤣🤣🤣 pic.twitter.com/tvsKmXAT1V