After starting one of the most intense beef to ever hit the female music scene, Sista Afia has kept her ego aside and praised Eno Barony for how good she is.

In a recent interview on 3FM, the “Jeje” hitmaker confessed that Eno Barony is a fantastic rapper who is underrated by many Ghanaian music fans.

She also disclosed that she has worked with the Kumasi based rapper before so she knows how good she is as a rapper.

Speaking on the effects of the beef, Sista Afia explained that she’s very excited about the buzz and attention that the beef has created for the female artistes.

She added that she know very well that she isn’t the best female rapper in Ghana so people should stop attacking her.

“Let me state this, the things we girls we are doing, I am super excited that now the fans, the people are saying the girls are now like dominating…and I don’t want people to keep swelling my head and making me feel like I’m the one who came up with this whole idea… I’m not the best rapper”.

Asked about her view on Eno being the best rapper in Ghana, the “Weather” hitmaker expressed that she (Eno) is the best female rapper “hands down” and she can go to-to-toe with some of the male rappers.

“Well when you come to the female side, I think a lot of the female rappers are good but I will give it to Eno. Like hands down and I think she has been going toe-to-toe with the male rappers for years so she is capable of doing that.” – Sista Afia said. 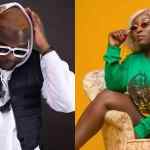 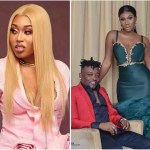