Screenshots : “You Are A Pedophile And Rapist Tho” Sheldon Drags Teacher Kwadwo. What appeared like a reunion between two Ghanaian content creators Kwadwo Sheldon And Teacher Kwadwo after they were hosted by Abeiku Santana on Okay FM yesterday has turned out to be a facade.

In the latest development, these two individuals are having a go at each other as they renew their ‘beef’ and regain energy to drag and demean the work and personality of one another.

What Kwadwo Sheldon and Teacher Kwadwo are doing on Twitter may appear as a comedy show that has been staged by the two to court the attention of the public and to cleverly expand the scope of their influence.

However, the blatant disregard of respect and the derogatory remarks that are flying left right centre have given netizens a lot of concern especially when it is now about personalities than divergent views.

One of the allegations that Kwadwo Sheldon has made concerning Teacher Kwadwo is that the latter is a rapist and paedophile who once expressed desire on social media to sleep with his young female students.

This was not just an allegation but was supported with a screenshot of a post by Teacher Kwadwo in 2016 on Facebook where he said he was looking for techniques on how to rape his female students.

Teacher Kwadwo, on the other hand, has resorted to doing the damage control as fans watch keenly to see how this whole personality damage will pan out.

The genesis of the undying beef between Kwadwo Sheldon and Teacher Kwadwo is a very interesting one. It started from the day the former’s YouTube account was terminated which had the latter rejoice and the subsequent trolling which followed when Teacher Kwadwo was named the Content Creator of the Year (Social Media) at the 2020 National Communications Awards.

Check Out Their Posts Below: Screenshots : “You Are A Pedophile And Rapist Tho” Sheldon Drags Teacher Kwadwo.

I am proud.. I'm arrogant..I'm not content Nyame..
But at least, I'm not this?? pic.twitter.com/E6L5UNIZIt

Same Huawei cancelled your contract cos you made jokes about sleeping with minors and pressing their breasts..Bro! Calm down! I have worked for and still working for multinational companies! You no reach!???? https://t.co/WkYgBVnwwS

There is a difference between "TROLLING" and being "BITTER".

I won't be eager looking for your downfall but I will Troll u make u bleed?

No1 should panic about the screenshots,we have dealt with it long time.

I have no records of touching school girls. It was a "joke gone bad" way back in 2016.

Still getting contracts so life is good.?

OK so for the screenshots he is posting,it's a post I made on Facebook in 2016. In 2018,some group of people brought it up and used it against me. By that, I lost about 5 contracts including that of Huawei.

So what pedophile is he bleeding about? ???

Put social media(YouTube,FB,IG,Twitter) aside, ELDERS and REASONABLE PEOPLE sit down to watch me every Saturday night on UTV.

I'm a *household name* but me nkasa pii.
Me nwuma kasa ma me.

Self acclaimed "international" content creator who claims made content creation "cool" in this country. Lectured in all the universities in Ghana. Yet u were here when Huawei took me to DUBAI to launch their phone.
Ɛnyɛ kasa oo..y'adwuma ho te.
Ɛsono ADWENKƐSEƐ ɛna ɛsono TIKƐSEƐ.

Join The Hottest Leaks Channel On Telegram
Screenshots : "You Are A Pedophile And Rapist Tho" Sheldon Drags Teacher Kwadwo
0 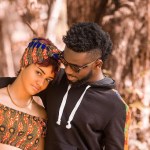 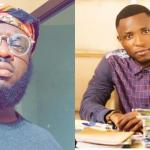