According to her, two boys wearing a National Democratic Congress (NDC) T-shirt broke the glass window of her car.

She narrated that these boys shouted her name and waved at her before they executed their unlawful plan.

Bibi stated that they smashed the glass window and ran away after she parked it at a place nearby.

The actress who took to her social media page to narrate the incident said that she wasn’t unhappy about this happening. According to her, there is nothing wrong with her decision to join the NPP.

“I am Ghanaian before anything, there is nothing wrong if I endorse a political party. This is wrong!

“Packing my car, 2 boys in NDC T-shirt shouted my name and waved, I waved back at them. I was called a few mins later that boys that waved at me when I packed just broke my back glass window and run away. I don’t even know how to feel about this,” Bibi Bright wrote on Instagram. 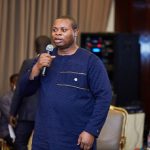 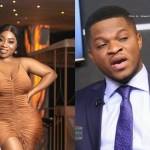