Captain Smart who is still on suspension from ABN on his Smart show on his personal television station questioned what Twene Jonas said wrong about the Otumfour.

According to him, Twene Jonas said nothing wrong and most importantly nothing against the overlord of the Ashanti kingdom.

He explained that the main idea by people who have rained curses on Twene Jonas is just to get Otumfour and him (Jonas) in a fight but that is not going to happen.

Captain Smart went ahead and questioned the lies in Twene Jonas’ statement about the chiefs who engaged in galamsey.

The anti-corruption crusader hard the opportunity to insult the chiefs who are engaged in the act and cursing Twene Jonas for saying the truth.

He described them as fools.

Watch the video below: You are fools – Captain Smart slams Bechem chiefs. 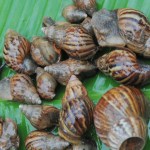 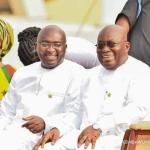