We Lack Common Sense Because Of Our Useless Educational System – Kwame Afrifa Mensah. Ghanaian radio personality, Okatakyie Afrifa Mensah has stated bluntly that Ghana’s educational system is so useless which is why we have been retrogressing as a nation collectively.

The outspoken Happy FM presenter said the nature of our educational system makes us stupid since it leaves little room for critical thinking. Besides, a lot of students come out of school without securing a job because students are trained to pass exams without being equipped with the knowledge to solve problems.

Okatakyie further said we have been conditioned not to accept defeat while in school for which reason those who come last in exams are mocked and are deemed failures. He made this sentiment known while speaking to ace satirist and media guru, Kwaku Simtim Misa (KSM).

Akua Donkor outdoors manifesto; promises to change the Cedi to British pounds when voted for [Details] 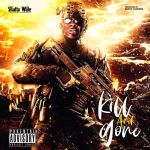 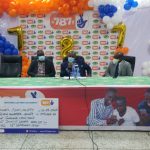