We Are Wasting Our Time On Hair Discussions Whiles People Are Going To Mars – Education Minister. Education Minister Dr Yaw Osei Adutwum has said that Ghanaians are wasting precious time discussing hair-related issues following the refusal of the Achimota School to admit students with dreadlocks.

TV3’s Parliamentary Correspondent, Komla Kluste reported on Wednesday, March 24 that, “So, I approached the Minister of Education yesterday for his opinion on the Achimota Rastafarian matter, he declined an interview saying that ‘when people are busy researching how to go to Mars, we are wasting precious time on hair discussion.”

“He won’t talk about this but STEM education,” Komla further reported.

Meanwhile, the Executive Director of the National Commission on Culture, Janet Edna Nyame has asked the Rastafarian family whose children were denied admission to the Achimota School to submit themselves to the rules and regulations of the institution.

She said every institution has rules and regulations that all persons seeking to do business with the entity must abide by. Ms Nyame told TV3’s Selorm Amenya in an exclusive interview that the children must cut the dreadlocks in order to be accepted into the school.

In her opinion, cutting the hair will not affect the students in any way because they are most likely to regain those looks after completing school.

The former Educationist added, “There is a saying that if you go to Rome do as they do. I believe that the institution is not refusing to admit them. But they are refusing for the fact that they are not compromising with their rules and regulations.

“So let us compromise with our rules and regulations and be comfortable. Every institution has it. So this should not be any serious issue.

“If I were a parent and they say I should cut the hair, I will cut it after all the hair will grow again when the child leaves school whatever he wants to do he can but for the fact that he is going to be under restrictions they should conform to the rules of the institutions.”

The Achimota School authorities refused some students with dreadlocks because their looks were contrary to the school’s rules.

The Achimota School Parent Teacher Association (PTA) executive have said they unreservedly and unequivocally support the school’s decision to enforce its rules with respect to the admission of three students with dreadlocks hairstyle.

A statement signed by Dr Andre Kwasi-Kumah, Chairman of the PTA quoted the schools rules saying “According to the school’s revised rules and regulations (August 2020) Section H (General Appearance) item 3 states that ‘students must keep their hair low, simple and natural’.

“We, therefore, stand with the headmistress and welcome into our fold parents who are ready to abide by the rules and regulation of Achimota.” We Are Wasting Our Time On Hair Discussions Whiles People Are Going To Mars – Education Minister. 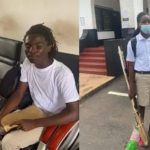 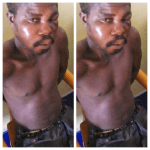