Video: Two Sakawa boys who killed a small boy at Kasoa for money rituals arrested. Two teenage boys who are really less than 20 years have been arrested for killing a young boy for money rituals in Kasoa in the Central Region. In a shocking video that is fast going viral on social media, the two boys are handcuffed and placed in the bucket of a police pick-up vehicle while surrounded by an angry mob.

It could clearly be seen the two boys have been beaten severally when they were caught by the mob before the police came to their rescue. The angry mob insisted on lynching the boys when they were arrested and could be heard cursing and throwing insults at the boys.

The gory part of all this is that the young boy who had been killed mercilessly by these boys who confessed it was for their juju master in order to get money was lying dead at their feet in the vehicle. When you have 90% of all the content on traditional media preaching and calling people to come for money rituals, what do you expect? Very very sad.

Watch the video below: Video: Two Sakawa boys who killed a small boy at Kasoa for money rituals arrested.

Teenagers arrested in Kasoa after Killing a boy for rituals pic.twitter.com/2jpczu4EKh 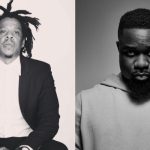 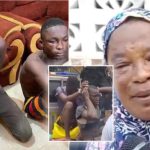