Video: Police officers jam to Shatta Wale’s “Kakai” in Prison. Ghanaian dancehall star Charles Nii Armah Mensah known, also known as Shatta Wale, has over the years proven to be not just a composer but an entertainer. For this reason, he has graced and performed at almost all the big events in Ghana and overseas.

Following his arrest and subsequent remand a week ago, Shatta Wale is currently at the Ankaful Medium Prison in the Central Region of Ghana. When he arrived at the prison, Shatta Wale was overwhelmingly received by the inmates who gathered to watch him pass by.

There is also a viral video that shows some policemen and women at an event performing and dancing to Shatta Wale’s hit song “Kakai.”In the highly circulated video, joy is clearly seen on the faces of the policemen and women who were filmed showcasing their dancing skills with “Kakai” blazing through the speakers. Video: Police officers jam to Shatta Wale’s “Kakai” in Prison. 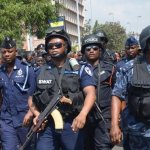 3 arrested in Takoradi for faking a kidnapping incident 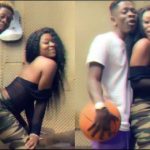