Video : Man Climbs Hight Tension Eclecticity Pole To Chill. News reaching us from the WaleWale town in the northern region of Ghana suggest that one gentleman woke up and decided to defy the law of physics and he unapologetically climbed on top of a high tension electricity polls to take a nap and enjoy some fresh air.

The whole thing hits crazy and unbelievable at the same time. We have seen videos on social media platforms of people getting electrocutted to death after messing with these same lines but this video blows our minds even further blew us off as he comfortably chilled and rested up There for some fresh air.

The video seemed to have wowed almost everyone as a multitude of people stood down there lamenting on how he got there and how he will get down. To this Man, he was just having fun and managed to get down from up high above untouched by a single volt of electricity.

The video was shared by Instagram blogger Cblogg with the caption, “Man Climbs High Tension, Displays On The Cables And Refused To Come Down But He Did Eventually [Watch]

A video going viral shows a shocking incident which reportedly happened in Walewale. A man was seen up hanging on high tension cables and wouldn’t come down despite bystanders stopping to talk him down. It’s unclear how he got up there but he eventually came down after hours. How he came down remains another mystery as he was later found with a broken leg in a bush. His Good Samaritans called the police who came to take him to a hospital. This happened yesterday” 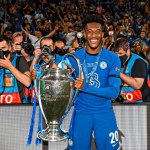 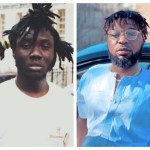