Video: Kelvin Broni proposes to Gyakie in grand style. ‘Nobody makes my heart beat like Gyakie.’ Kelvin Broni has broken down whilst talking about his love for Gyakie during an interview. According to the Ghanaian singer, Gyakie will be the perfect wife for him after all the experience has been through when it comes to relationships.

Kelvin Broni who featured in the popular music film ‘Purple’ by Prince Dovlo, as the lead character, was talking about his musical journey, life and relationship during an interview. According to the singer who has a song ‘Ekomedeme’ featuring Sarkodie, he has met Gyakie before. “I like her energy a lot, as I said I have been around her, and her energy is just vibed so I feel like we will match,” Broni said.

In the video below, the singer who is set to drop a new ‘Free’ song, stated that he is convinced about the ‘Forever’ singer because “after my heartbreak, I have been with girls and I haven’t found anyone who makes my heart beat like Gyakie”. Video: Kelvin Broni proposes to Gyakie in grand style. 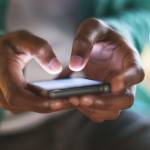 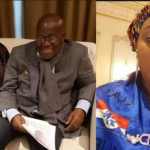