Video : Ghanaian Soldier Abroad “Mocks” His Colleague Whiles Teaching Him How To Speak Twi. An un-identified Ghanaian US soldier has been captured teaching his fellow White soldier how to speak one of our local dialect “Twi”.
The white guy who thought he was doing well was actually being taught vulgar words such as ‘wo maame tw3’, ‘Kwasiaa’, among others while the Ghanaian Soldier kept misinterpreting the language to him.‘Wo maame tw3’ forinstance means ‘your mother’s honeypot”.

The Ghanaian guy however gave a wrong translation of the words.

Check out the video below; Video : Ghanaian Soldier Abroad “Mocks” His Colleague Whiles Teaching Him How To Speak Twi. 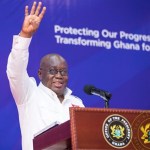 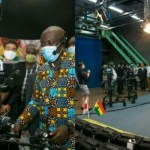