Students Are Now Disrespectful Towards Parents Because Of Free SHS – Franklin Cudjoe. SHS students in Ashanti region no longer respect their parents because of Free SHS – Research by IMANI boss

Franklin Cudjoe has questioned if the freebies shared ahead of the just-ended election played a role in how disrespectful SHS students in the Ashanti Region have become towards their parents.
According to the president of IMANI Ghana, he has picked up information from the region that children of school-going age no longer respect their parents because of the free education policy initiated by NPP’s Akufo Addo.

He went on to state that the reason for this new attitude is because they feel it’s the government that is paying their school fees not their parents, therefore, they can choose to respect or disrespect their parents who now play an insignificant role in the monetary aspect of their education.

Was this election really about freebies, because word on the street in Ashanti region is that some parents have complained about their wards disrespecting them because government now pay their fees. Really? 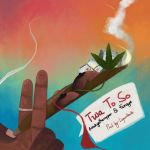 AmakyeTheRapper – Twa To So Ft. Fameye 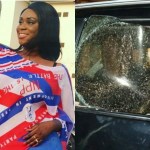