Shatta together with his two associates appeared before Accra Circuit Court to answer questions in regards to the charges levelled against them. They were remanded by an Accra Circuit Court on Thursday, October 21, 2021, during their first appearance in court.

A fourth accomplice who is also a member of Wale’s crew was arrested on Wednesday, October 20, 2021.

The dancehall giant on Monday, October 18 played a prank on Ghanaians that he had been shot in East Legon and was rushed to an undisclosed health facility.

The musician was arrested on Tuesday night when he tendered himself in to the police, barely a day after police declared that they were looking for him over his alleged involvement in a shooting prank. According to Wale, he pulled the prank to prove that Jesus Ahuofe’s prophecy was false. Shatta Wale pleads not guilty, remanded into Police custody for one week. 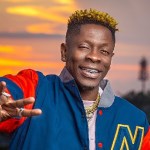 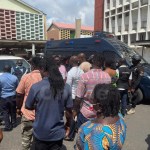