‘Sarkodie’s wife is not wise, I won’t apologise for insulting her’ – Patapaa. The “One Corner” hitmaker has said he will not apologise to Tracy Sarkcess, wife of rapper Sarkodie, for jabbing her in his diss song “Throwback Diss.” In the viral song, Patapaa picked on Tracy for not advising her husband to avoid him in his songs and further used some unsavoury words against her.

But when he was asked to apologise to Tracy in his latest interview on Bryt TV, he said he doesn’t know her and that he owes no one an apology for his words.

“Who is Tracy?” he said when asked to apologise to her. “What are you saying? When Sarkodie recorded the song, didn’t she listen? Don’t they sleep in the same bed?”

He said Tracy should have been wise to advise Sarkodie not to diss him but allowed it, so she deserves the diss song he recently released.

“My wife would not accept it when I diss Sarkodie in my song. She would ask why I’m mentioning his name. I’m not insulting that girl, I’m insulting Sarkodie. I don’t know his wife.”

“I won’t apologise to her because I don’t know her. I can swear. If his wife is wise, she wouldn’t allow Sarkodie to insult me,” he stated.

Patapaa’s beef with Sarkodie started a few months ago when the rapper jabbed the singer in Ypee’s song “Meye Guy.” He also started beef with Shatta Wale and Amerado for dissing him in their songs. Shatta Wale actually trolled him on Twitter when he was beefing Yaa Pono. ‘Sarkodie’s wife is not wise, I won’t apologise for insulting her’ – Patapaa. 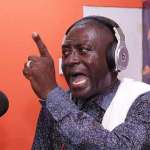 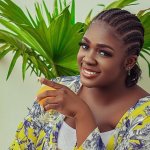