Pastor Denounces God And Becomes A Fetish Priest After 30 Years. A 58-year-old man of God who denounced his Christian faith to become an idol worshiper revealed what happened to him.

According to him, he wasted 30 years of his life serving a God he is not sure he exists.

The Osun State-born man, formerly known as Pastor Adebayo Adekunle, but now prefers to be called Ifabayo Adekunle, narrated how he was frustrated to the point of almost taking his life as he did not know the direction his life was taking.

Ifabayo Adekunle who was the founder of a white garment church before he decided to denounce his Christian faith and embrace the religion of his fore-fathers, said he was worshiping an unknown God, calling on unknown angels who did not contribute anything positive to his life.

He said that whenever he prayed, he did not know if the prayers crossed the roof of his house because he did not even know what or who he was praying for.

He wrote;
“I really wasted 30 years of my life worshiping a God whose existence still remains a mystery to me and many people.

I was born into a lineage of Ifa worshipers but very early in life, I was converted and I gave my life to Christ, though I did not know what it was all about. I left home to live with the pastor of a white garment church where I trained to become a pastor myself. I lived and trained with the man for 12 years before I was ordained a pastor and I opened my own church.

For the next 13 years, I laboured to make the church grow but there was nothing to show for it because I never had more than 20 members at a time. I kept praying to a God I did not know, called on angels I did not know of their existence and called on a Jesus who never answered me. I did not know if my prayers even went beyond the ceiling or roof of my house because most times, I did not even know what or whom I was praying to.

I read the Bible several times but nothing made any sense to me because, to me, it was just a recording of historical events that did not tell me anything new. I lived from hand to mouth and could hardly feed my family because I tried to dedicate myself to a God who did not care about me.

I fasted for several years but nothing worked for me. I used to envy the so called pastor with big churches and large congregations and I wondered how they did it.

But now that I have gone back to Ifa, I know that many of them patronize Ifa priests and other native doctors they condemn.

They would sneak into the shrines of these Ifa priests at night to seek for charms to perform miracles but in the day, they will turn around to condemn them. I have had some of them come to me to seek for power and I may be forced to name them if they should dare me. Some of them are the biggest pastors in this state and even beyond.

They would come to beg me to prepare charms for them to perform miracles or to get members and I do this for them because I know how hard it takes to build a church.

The 30 years I worked in the vineyard, as they would call it, were wasted years for me because I ended up with nothing. But in the few years I have been serving Ifa, I have been able to build a befitting house for my family, bought three cars and send my children to good schools.

These were things I could not do as a pastor. People used to mock me then but now, no can try that with me. I learnt my lessons the hard way.” Pastor Denounces God And Becomes A Fetish Priest After 30 Years. 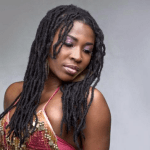 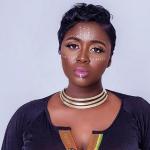