Menzgold set to pay customers in December. Menzgold Ghana Company Limited has revealed it will start paying locked up funds to its aggrieved customers in December this year. “We strive to complete the final phase of our audit endeavors and shall proceed to fully publish the following in the print and digital new media; List of all paid traders/transactors paid so far. List of all final eligible traders/transactions as well as the total sum of indebtedness by Menzgold Ghana Co. Limited.

“Menzgold shall proceed to pay the final publicized list and total sum from the 20th December, 2021 to 30th June, 2022 in our quest to give final closure to this very depressing matter and to restore our dear enviable Company’s integrity,” Menzgold said in a statement.

It, however, noted some of the claims made by the customers are fraudulent.

“Additionally, we have discovered shocking evidence that points to the fact that, some claimants purporting to be indebted to by Menzgold transacted through third parties; some unethical Menzgold and Brew Marketing Consult staff members and in other instances via referrals, mostly close relations who took delivery of their funds under the pretext of signing them unto to the Menzgold “Gold Vault Market” but ended up engaging in the many cryptocurrency products on sale on the Ghanaian market, with a monthly return on investment (ROI) ranging between thirty and sixty percent (30%- 60%).

“We are commencing the final phase of the audit; this session would be traders/claimants interviews to fully ascertain facts and satisfy ourselves with regards to questionable adverse discrepancies and irregularities that characterize some transactions claims received for audit and its subsequent payment. Hence, invitations would be extended to some individuals,” the statement added. Meanwhile, the aggrieved customers have petitioned parliament over their locked funds.

They are upset about the delay in the prosecution of Menzgold’s Chief Executive Officer (CEO) Nana Appiah Mensah, also known as NAM1.

Spokesperson for the aggrieved customers, Fred Forson, thus called on government to cooperate with Parliament to bring closure to the matter.

“We call on Parliament to investigate the closure of Menzgold including the role played by SEC and EOCO as well as the bank accounts of the CEO and board members of Menzgold and Brew Marketing Companies. The whereabouts of some 4000 kilograms of gold assets should also be investigated.” Menzgold set to pay customers in December. 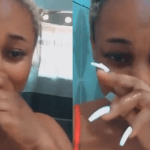 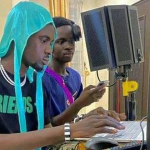