LootLove To Host Ajebo HustlersThis Sunday On Apple Music’s Africa Now Radio. This Week’s Episode Features a Conversation With Ajebo Hustlers, the 5 Hottest Tracks of the Week, Africa Rising and LootLove’s Favourite Track of the Week!

Tune in to Africa Now Radio With LootLove This Sunday, July 25th at 2p Lagos/London / 3p Johannesburg/Paris / 6a LA / 9a NYC on Apple Music 1.

Nigerian afrobeats duo Ajebo Hustlers — made up of George “Knowledge” Dandeson, and Isaiah “Piego” Precious — join LootLove via FaceTime on Apple Music 1 to talk about their latest track, “Yafun Yafun.” They also discuss using their music to tackle important issues like jungle justice and police brutality; the making of their latest album, Kpos Lifestyle, Vol. 1; working with Omah Lay and Nissi; and how personal experience translates into songwriting.

Cameroonian-Ghanaian artist T’Neeya is the latest artist featured from the Africa Rising playlist, a campaign which shines a light on the next generation of African superstars, and this week’s show features her singles “La La” and “Dark Twisted Fantasy”. Listen HERE.

Each week, LootLove chooses her favourite track, taken from one of Apple Music’s African playlists. This week she shines a spotlight on South African electronic artist Muzi, and his single “Fool’s Love (feat. BlackRose),” from Apple Music’s Sho’t Left playlist, featuring the best alternative and experimental tracks from the continent. Listen HERE.

Tune in and listen to the full episode this Sunday, July 25th at 2p Lagos/London / 3p Johannesburg/Paris / 6a LA / 9a NYC on Apple Music 1 at apple.co/_AfricaNow.

It was just different points in our lives. And we started recording from last year. We’re having fun with the music. I mean, making “Pronto” with Omah Lay. Making “Bus Stop” was just an amazing time in our lives, when we had “Barawo” out, and it was really doing numbers… So we were just super-hyped at the moment when we were recording “Bus Stop.” So it was just like we’re just making beautiful music and just expressing ourselves. It wasn’t about the metrics or just what anybody out there… It was just about what we felt good, making another point in time.

“Barawo” was done sometime 2019 then we put it out 2020. It’s just more like talking about the environment, because this is a day-to-day activity that happens in Nigeria every time, because we do face police brutality and jungle justice as well. So, it’s something that has been happening since the inception of time. So at that point in our lives, we just felt like shedding lights, educating the people more about jungle justice and police brutality.

Ajebo Hustlers on working with Omah Lay on “Pronto”

That was fun, that was fun. The day we recorded we did about three songs. Yeah, we were just having fun in the studio. I mean, just playing different instrumentals and just laying down ideas and then he said he heard these beats from Shamsi that he felt like playing for us and we should just try doing something on that. And then Knowledge just started like, the intro like, “I go dey put myself in order” and all that. And it just sounded really, and it sounded like something that already existed before, like now this is the record that we should incorporate this. 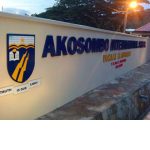 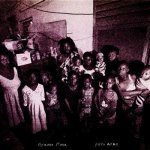