Joe Mettle Makes Shocking Revelation About His Criminal Past. Award-winning Gospel singer Joe Mettle has revealed in an interview that he has been arrested by the Ghana Police in the past. Despite revealing this secret, he failed to share more lights on it not even the persuasion from the host to tell the world could make him talk about his arrest and his experience behind bars.

Joe Mettle however used the opportunity to talk about his marriage Salomey Selassie Dzisa saying that she has always been his childhood lover. According to Joe Mettle, since he started going out with Salomey he has never been in any other relationship as some people have stated.

Joe Mettle went on to say he has never faked being under the influence holy spirit but can confess spending his tithe and offerings growing up as a man.

He said: “I was little then. I was only five years and didn’t know what I was doing doing”.

The Gospel musician tied the knot with Salomey last year but some months ago rumors went rife that the two were heading for a divorce. The reports indicated that things are bad that Salomey had allegedly packed out to her parent’s house. But Joe Mettle and his wife denied those allegations saying they are still together. Joe Mettle Makes Shocking Revelation About His Criminal Past.

Joe Mettle Makes Shocking Revelation About His Criminal Past
0 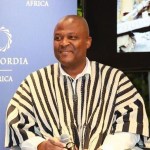 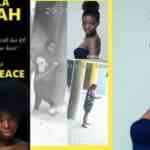