If Your Husband Cheats On You Cheat Back – Princess Shyngle. Single and searching Princess Shyngle has turned into a marriage counsellor for married women. The Gambian actress was talking about the rate of divorce. According to Princess Shyngle, the rate at which marriages hit the rocks because of unfaithful husbands will reduce when women return the favour.

The curvy socialite who has relocated from Ghana to the U.S for the past few years now, took to social media to drop this piece of advice. “If married women also cheat anytime they catch their husband’s cheating, I promise you married men will start thinking twice before cheating on their wives. The rate of divorce will reduce,” she wrote.

In the post below, she continued that “my little advice to all married women, if they cheat also cheat back. They will start behaving Dear future hubby I hope you’re reading this Have a blessed week y’all”. The controversial actress is currently single as she claims that her two marriages all broke down within two years.

She broke up with her then-fiancé, Frederic Badji, and moved on to marry another man, Bala-Gaye, in January 2021. Three months after announcing her second alleged marriage, she came back with news on April 10th 2021 that she has divorced him over domestic abuse. If Your Husband Cheats On You Cheat Back – Princess Shyngle. 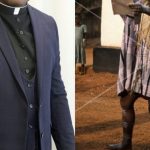 Pastor Denounces God And Becomes A Fetish Priest After 30 Years 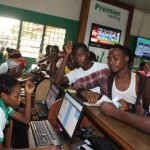