I Will Not Jump On Senseless Songs Again – Kofi Kinaata Reveals. Ghanaian musician and songwriter, Kofi Kinaata says he is only willing to feature on songs that are relatable and have huge impacts on the society.

According to him, he holds his listeners and fans in high esteem and will never want to feed them anything that will not uplift their souls.

When asked why he was selective in the kind of features he did, the musician said, “I respect my listeners and I just can’t record any kind of song for old folks and my parents to listen to. Some songs have no impact and I am not willing to do such a feature.”

He made this known in an interview with Happy 98.9FM’s DJ Advicer on the Ayekoo After Drive show.

“For some songs, even if you feature God, the song will not make an impact,” he added.

The HighLife artiste indicated that featuring on impactless songs can tarnish one’s image to an extent and he, is not ready to risk that.

He revealed that even A-list artistes sometimes compose songs just because they have a hook and not because the song will make an impact which is sad.

“I want to be on a song that can make an impact. If you can’t make a good song which makes an impact, I’ll not feature on it,” he said.

The T’adi rapper is out with a new joint featuring Nigeria’s Patoranking titled, ‘Something Nice’. I Will Not Jump On Senseless Songs Again – Kofi Kinaata Reveals 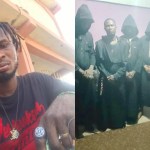 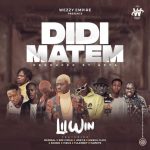