The former officer commanding the Recce Regiment Retired Major Sulemana Abubakari has denied reports he tortured the late former President Jerry John Rawlings after his arrest over a failed Coup D’état of May 15, 1979.

Varying reports suggest the former military officer upon his arrest was tortured in military guard room with his nails removed among other inhumane treatment.

This claim has never been discounted until the former military officer now Paramount Chief of the Tolon Traditional Area who was in charge gave a vivid account in an interview with MyNewsGh.com.

He disclosed that Mr. Rawlings then a young soldier was given whiskey and not tortured as claimed by a section of his supporters mostly junior ranks in the military.

“When we arrested Rawlings from the airport base, I brought him personally in my command car to my office. I told him, Rawlings, guns cannot solve Ghana’s problem. He asked for a whiskey, I went to my house and brought him some in a bottle and when Neville Alexander Odartey-Wellington sent for him, I handed him over”, he revealed.

“I wish Rawlings could come back and tell you. They are all lies. I never hurt him. If they tortured him at the MI area, I don’t know. But, from the airport base to my office, I nothing happened to him”, Naa Major added.

Major Sulemana who was said to have played a key role in foiling the purported coup is said to have gone through the hail of bullets, seized the Ft-Lt Jerry John Rawlings’ weapon and mockingly told him to “learn how to do coups properly next time”. 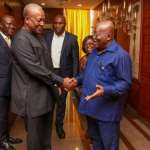 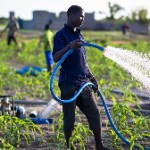