Ghanaian man in Turkey shockingly discovers how guns are smuggled to Ghana. A Ghanaian man living in Turkey has discovered the shock of his life after discovering how guns are being smuggled to Ghana. The man who identified himself as ‘Gabon’, a businessman who is into freight, was left in shock after finding out how people conceal guns and send them as regular goods through his shipping company.

“I am in Turkey, Istanbul. I have been here for four years, I do cargo business through my agency, when I came here, I didn’t know they sell guns here but people bring me parcels to transport to Ghana,” he said in a video.

“It was until last year that I was informed that guns were found in my two containers when they arrived in Ghana. I was called but I told them I don’t know anything about it,” Gabon recounted.

According to him in the video, three days ago some brought him a bag to send Ghana but because of the problem he faced, he has decided to open the sealed parcels to check what is inside and to his surprise, guns were concealed in the bag a gentleman brought to him.

“The gentleman told me he’ll come back later but he wasn’t coming, so when it reached the time for us to process the goods for transport, I decided to open it and look at the guns in it,” he said in a viral video shared on Twitter. Gabon recalled that “they used the same strategy for someone here who is also into cargo business, he opened a sound system and it was full with guns,” and called on the Ghana embassy to take action.

This is coming at a time that gun related crimes in Ghana appears to be on the rise. Last week, a group of armed robbers shot and killed a young police officer during an attack on a bullion van near Korle-Bu.

Few days ago, a similar robbery attack on a bullion van was foiled after the robbers shot at a bullion van on the Kasoa_winneba road but luckily, the bullet missed hitting the police officer in the vehicle. Check the videos out below: Ghanaian man in Turkey shockingly discovers how guns are smuggled to Ghana.

OTHER STORIES; Bring back OV before depression kills her – Ruthy pleads with Stonebwoy 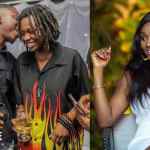 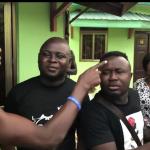