Efia Odo Says No Man Can Afford Her Even Though Nobody Asked. Efia Odo, the Ghanaian actress and TV presenter with a Nursing license has claimed via social media that no man can afford her.

Efia Odo claims no one can afford her
Apparently, her ability to afford anything for herself without having to depend on someone for it is what has given her the temerity to make this claim.

It goes to say that the things she spoils herself with, men out there wouldn’t be able to do that for her, hence her assertion that no man can afford her.

“I spoil myself, no nigga can afford me,” she wrote on her verified IG page.

Many describe her as a Slay Queen as she most often flaunts her beauty on social media that get her more attention.

For me out there with a not-so-good net worth, and probably crushing on the screen goddess, as actresses are being referred to, you’re forewarned not to get closer because she says no man can afford her.

In what is a follow-up post on her earlier one, owing to the many reactions, she teased that her captions get people hasty and that she didn’t believe she has this much control over the emotions of people out there. Efia Odo Says No Man Can Afford Her Even Though Nobody Asked.

“My captions got y’all hasty
I didn’t know I had this much control over your emotions
# pussypower,” she wrote on Facebook. 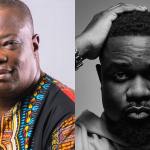 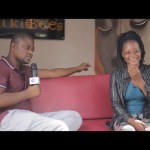