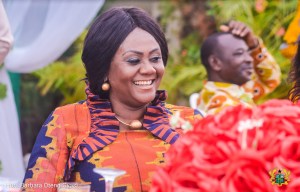 Construction of film village has no venue yet – Tourism Minister. Minister for Tourism, Arts And Culture, Barbara Oteng Gyasi has dismissed claims by the Creative Arts Forum in the Ashanti Region over the relocation of the proposed film village from Kunsu to Sekyere in the Region.

The Minister in a stakeholder meeting in Kumasi, Friday, September 18, 2020 said the Government of Ghana among other agencies partnered for the construction had not settled on a site for the film village yet.

“A decision has not been taken yet on the exact site for the Film Village yet although we know it would be built in the Ashanti Region. We have so far been presented with three (3) sites including Hemang, Sekyere and Kunsu” she said.

Madam Barbara Oteng Gyasi however assured industry players off plans to assist the already existing film village in Kunsi to access the Ghana Tourism Development Project Fund for site developers to help them continue production ahead of the intended new project.

The construction of the film village has become a topical issue in the Creative Arts Industry with many Industry stakeholders opposing the venue for the construction.

Members of the Creative Forum Ashanti led by broadcaster Austine Woode held a press conference last Wednesday, September 16, 2020, to register their displeasure over the relocation move.

According to them, they had already petitioned government explaining to it, efforts put in place to secure about 250-300 acres of land for the film village at Kunsu.

The group said discussions with the Chief of Kunsu, in the Ahafo Ano South District in the Ashanti Region, had already been had to that effect.

“This decision was reached because the Chief of Kunsu had already built a mini film village in his town and used for many movie productions like ‘Abuburo Kosua’ ‘Susu Pre’ and others that show on TV. Many industry practitioners also confirmed to us that many of the film projects from the Ashanti Region are done in the Ahafo Ano South District of Ghana that harbours Kunsu,” Austine, the convener of the group, said.

Other Posts : Making male friends who never try to sleep with you is a blessing — Actress Reveals 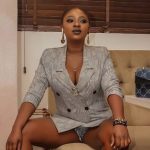 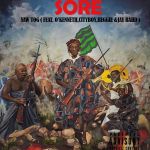