Check The Hilarious Reactions Of These Americans After Watching Jay Bahd’s Y3 Y3 Dom. An Instagram page dedicated to hood life and entertainment posted a snippet of Yɛ y3 Dom music video by the Asakaa Boys and the followers somewhat went crazy over it passing out what seems like the most hilarious reaction to a music video.

No bad energy out there just appreciations and words of excitement with a little bit of confusion and sarcasm. The video which was shared on Instagram was quick to attract the attention of users with it’s pure display of tradition and dark theme drill sounds.

A post shared by The owner of Real Stupid Goofy (@shakeyfunnyazz)

The song itself is such a massive hit and a grand pioneer of the Asakaa genre as it comes with an influx of a rich Asante tradition and artistry and was part of Jay Bahd’s recent project dubbed ‘the return of kɔmfo Anokye’. Aside pulling huge numbers on the various music platforms, it is also a huge street banger and a Supreme contender on everyone’s Playlist.

With all this, it came as no surprise that it found its way to thrill these Americans but their reaction was one of a kind. It was like they just discovered an alternative dimension in the midst of nowhere. Peep some of these comments below. Check The Hilarious Reactions Of These Americans After Watching Jay Bahd’s Y3 Y3 Dom. 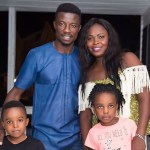 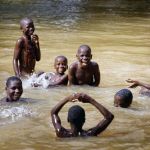