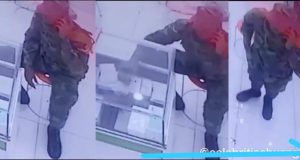 As smart as he is, he appeared to be on phone speaking to someone but he was using that as a trick to see if the shop attendants were eyeing him.

Securing the chance, he quickly snatched the phone which was placed on exhibitions and put it into his side pocket and right after, he left the shop.

Probably he might think his stars are so lucky, not knowing all his moves have been recorded by the CCTV. 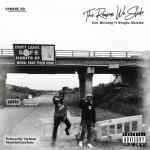 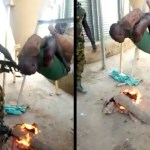