Breaking News: Woman Ties The Knot With Dead Boyfriend. Many people were highly shocked when a woman who has been identified as Beatrice Mbayi tied the knot with her late husband William Godfrey Mukalama in Funyula Busia County.

Beatrice is known to be a member of the contentious Jerusalem Church which is led by one Prophetess Mary Akatsa. Before her husband was laid to final rest, she had to perform the first wedding ceremony with her late husband which surprised many who were in attendance at the burial.

Beatrice in a white gown was escorted by some women members from her church dancing towards the late husband who was lying in casket.

The wedding was presided over by a man who also did help the bride to put a ring to the finger of the late as a symbol of their marriage.

Immediately after the wedding ceremony was completed they continued with the burial ceremony.

Some are the things which are currently happening under the sun is beyond human comprehension. Like how? What sort love is that? Breaking News: Woman Ties The Knot With Dead Boyfriend. 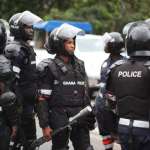 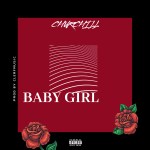