Big Acts In Ghana Refuse To Help Small Acts – Kuami Eugene. Kuami Eugene is crying foul over the deliberate failure by big artistes or talents to lend support to the small young budding ones coming up.

According to the ‘Open Gate’ hitmaker, this neglect by the so-called pioneers of Ghana music on the young ones has made it tough to rise to the top if you are young artistes.

In a Facebook live session with fans, Kuami Eugene said there are som artistes with big following on social media but will never share any work he does and even the ones who do will just put it on their stories.

He also added that this attitude by the top dogs towards the young artistes or talents in Ghana is actually killing the drive of many who try to venture into music or showbiz.
Using the movie industry as a yardstick, Kuami Eugene said senior actors and actresses do not see any need in helping or promoting the works of the younger ones and this phenomenon is not the best.

According to him, this is the real state of Ghana music and showbiz where the one at the top is not willing to pull the rest along which has resulted in hatred and the “Pull-Him-Down” syndrome.

Kuami Eugene believes when all artistes come together and agree to support the works and talents of one another, Ghana music will be the victor.

But the big question is “Has Kuami Eugene Ever Shared The Works Of Other Artistes On His Timelines?”

"The big artistes do not support the small artistes in Ghana and it hurts" – Kuami Eugene cries foul pic.twitter.com/xCKIMafXCW 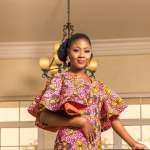 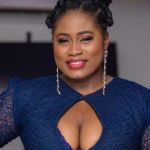