B4Bonah Got Fans Worried With His Latest Photos. Singer and rapper B4Bonah, popularly known for his hit song, Dear God has been spotted in an unkempt look which has got fans worried.
The singer was blazing hot everywhere 3 years ago and with his voice and unique style accompanied by his UK accent, so much was expected from him but unfortunately much has not been heard from him for the past two years.

The recent photo of him looking very different from the sweet B4Bonah we knew has got his fans and Ghanaians worried but much is not to be worried about as the singer is perfectly fine.

Yes the singer has been less active in the music scene but he is fine and not having any drug or financial issue as suggested in the photo shared online.

B4Bonah before sharing that photo shared a video of him and some kids having fun and after took the photo that was shared online.

Going through his profile, it is obvious the singer is very much okay as he is living with his family just that he hasn’t been active in the music scene, probably taking time off music for a while.

Check the post out below ; B4Bonah Got Fans Worried With His Latest Photos.

Other Posts : DredW – LOML (Love Of My Life) ft. WondaBoy 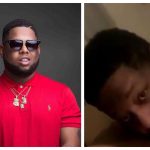 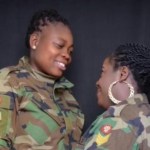