Apple Music’s Africa Now Radio Anniversary Special. This Latest Episode Features a Special Anniversary Look-Back at 52 Weeks of Showcasing the Continent’s Biggest Hits – and the Artists Behind Them! 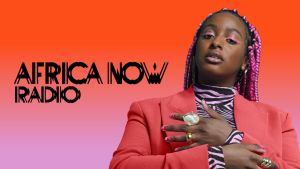 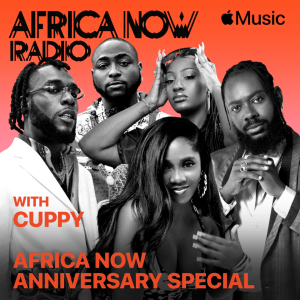 Sunday, May 30th 2021 marked one full year of Africa Now Radio on Apple Music 1. Over 52 episodes, Cuppy has led a sonic tour across Africa, interviewing the biggest and best acts, and shining a spotlight on the next generation of African superstars. On this special anniversary episode, Cuppy takes us through some of the most special highlights over the past year, including artist interviews, the most notable chart-toppers from the past 12 months—and a mix of her personal favourites.

Cuppy shares her best interview moments with this week’s cover stars: on episode 7, Tiwa Savage revealed how she set her own trends, along with the themes behind her Celia EP; while Tems revealed her favourite featured artist on her debut album, For Broken Ears (episode 19); and Davido celebrated the joys of fatherhood and sharing culture through music (episode 25). Adekunle Gold also delivers a special shout-out.

Proverb of the Week

This week, Cuppy shares her own words of wisdom: “You were born in this world an original, so don’t die as a copy”—reminding us to celebrate the power in our own strengths, and all that makes us unique.

Tune in and listen to the full episode on Apple Music 1 at apple.co/_AfricaNow

Tiwa Savage: I have a song on the album called “Koroba” and it’s like, oh, I don’t even know, because it’s you Cuppy I’m going to tell you. Honestly, my management team are going to kill me, but it’s one of my favorite.

Tiwa Savage: Listen, I’m telling you, it’s a song about, you know how everybody talks about runs girls. Like runs girls are girls who go after rich married men or people just for money and we’re always talking down on them, but the song is about, it takes two you know. So what about the guys who are in the relationship with these runs girls? So yeah, I have a song about that.

Cuppy: T, you’re going to shake the tables. I’m excited and worried at the same time.

We have so many amazing male African artists, not even just Afrobeat, I’m talking about all across Africa, like Sarkodie, Nasty C, Diamond. We have Wiz, Davido, Burna, everybody. They are amazing. And they sing Afrobeats from a male perspective and we love it. But I’m like, “Listen, there’re some things that I need to put on some Afrobeats that my girls are going to be like, ‘What?’ “ I want to show a vulnerable side. I want to go to a concert and girls are singing their hearts out because they’ve been through this emotion, but it’s still on Afrobeats. I want to sing songs and make girls feel sexy or sensual or make them want to be a boss, but also vulnerable. We need to speak with you, our story needs to be told, somehow.

Davido on ‘Fem’ becoming the anthem for #EndSars protests in Nigeria

“I didn’t see this coming, and then I dropped it, and then three weeks later, everybody singing it, everybody protest… ”

“I played that song since June, it just happened to be by chance that happened. But I was really delighted to see that they were using my music as a voice, not being violent, just really enjoying it. It was really amazing to see. But I loved this.”

Davido on sharing his Nigerian culture with close collaborators

“I always let them know the bigger picture of things, like it’s outside… Forget the music. This, what we’re doing, bridging Africa, you know, Africa-America, what we’re doing is way bigger than the music. We’re forming an alliance that cannot be beat. I’ve tried to explain to them, like I’m talking to Lil Baby about it, investing in property in Africa, stuff like that. Summer Walker telling me she wants to move to Nigeria. That’s it for me. It’s more of, ‘Let’s share our culture,’ and you see that you end up doing bigger things than even music. ”

Cuppy: There were only women in the video. I noticed that.

Tems: Yeah. Oh yeah, because I mean, I’m not saying that all guys are damaged or like trash, but I wanted it to be a house, just pure vibes. A house full of pure vibes and no damages. And the thing is, guys may not be damages, but when there’s guys around, there’s always damage lurking somewhere. I’m not saying that they are the ones that have the damage, it’s just always-

Tems: There’s potential for it to get complicated.

Tems on her mum’s cameo on her debut album

Tems: That’s actually my mom. And she was talking about when she got pregnant, and how she didn’t even know she was pregnant. She was in church, and she just got a message. And it was just like, “You’re about to have a girl, and her name is Temilade.” And back then, back in the day, in your [foreign language] , you don’t name your children. Your parents name your children.

Tems: Or your family names your children, not you. And if any of your parents are naming their child, it’s the father, rather than the mother. It usually is the father. And so, my mom was just talking about how… People didn’t… They were just like, “How dare you try and just bring a name up in here? You’ve not even had the baby. You’re still pregnant. And you’re saying that this girl’s name is Temilade. No.” And she was like, “Well, I don’t know. You can say anything you want to, but that’s going to be her name or she’s not going to have [foreign language] . So it’s Temilade or nothing.” So she really fought to name me in that world. 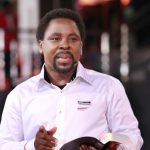 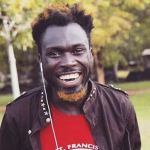