Afia Schwarzenegger slams Serwaa Broni over wild allegation about Nana Addo. A lady identified as Serwaa Broni has been trending on social media over wild allegations about Nana Addo. According to the Canada based woman, Nana Addo showed interest in her but she told him ” me I don’t entertain men” because she is a lesbian. She continues to allege that she, however, remained friends with the President.

In a Facebook video that has gone viral, Serwaa Broni recounted that the President insisted on meeting her, therefore, one time when she was in Ghana, she met him and travelled on the Presidential Privet Jet with him to Kumasi for a funeral. Serwaa Broni says during the flight, she snapped a photo onboard and posted it on social media only to later realize that Nana Addo was captured in a mirror that was behind her on the plane. According to her, she was queried about the photo and she deleted it.

She details that the President later informed her that his team has warned him to be careful with her after they later met in Canada. According to her in the vide below, things turned dangerous for her after she was told the President’s team believes that she may have also had a piece of information detrimental to the NPP government.

Serwaa Broni says for this purpose, her life has been threatened when she visited Ghana again as NPP’s Hopeson Adorye allegedly made moves to secretly raid her hotel to delete traces of the supposed information from her electronic devices.

Serwaa Broni in a bid to authenticate her allegation dropped photos of the times she met the President. According to her, the incident happened in 2019 and she has been living in fear whilst battling post-traumatic stress disorder, hence, now sharing the story as part of her healing process. The story has been trending on social media and Afia Schwarzenegger has decided to add her two cents to the matter. Sharing a video on her Instagram page, she said ” the Ghanaian men circulating the pictures, how many of you don’t have side chicks?”.

“And an old woman like you, you have taken pictures with Nana Addo and shared it on social media so that we do what? Let’s even assume Nana Addo slept with you, and so what? Which flagbearer in Accra can say he doesn’t have side chicks?”.

Slamming Serwaa Broni, Afia Schwarzenegger says she should go and sit down somewhere because Dampare is now a thing and people are busy with other matters. Yesterday, the social media commentator claimed that she was hospitalized as she asked her followers to pray for her. Afia Schwarzenegger appears to have recovered from the sickness she was battling as she dropped this new video to address the Serwaa Broni saga. She captioned the post “she is back” watch it below as drags the Canadian based woman over her allegations. 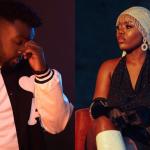 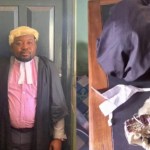