In a statement copied to the media, the police said suspect Joana Krah conspired with the other two suspects to feign her kidnap and demanded the GHS5,000 ransom from her adopted father.

“Reports indicate that suspect Joana Krah conspired with the other two suspects Susana Awortwe and Francis Eshun to feign her kidnapping on Friday, October 22, 2021, after which a call was placed to her adopted father to demand the ransom.”

The police added that upon Joana Krah’s realisation that her adopted father had reported the issue to the police and an extensive search had been commenced to find her, she showed up at the Takoradi Central Police Station to confess to only joking with her father.

READ THE FULL STATEMENT BELOW; 3 arrested in Takoradi for faking a kidnapping incident. 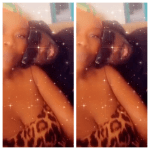 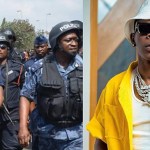