Motorola’s got a lot under her sleeves lately. And they came out with another phone announcements one after the other.

Motorola Edge Plus has already been released by the company. And the Motorola G7 ranges have also recently been announced. It’s also planning to bring Motorola One to the US.

Motorola recently leaked a YouTube video of the Moto G8 Fast smartphone “accidentally” and immediately took it down. Yet thanks to some of the viewers who were fast enough to save it, we now know what the G8 looks like.

There’s not a lot of details about the Moto G8 Fast because it’s not officially out yet. Yet there’s still a lot to know about the leaked footage.

In the leaked video the Moto G8 Fast was gray and had a full-screen camera. There were three camera lenses on the back of the phone, one of which was a macro lens and the other a wide-angle sensor.

The front of the phone has almost no notch and a thin bezel. At the top left corner, there’s a punch-hole camera.
The Moto G8 Fast is likely to have a Qualcomm Snapdragon 6xx processor with an octa-core CPU. And the rumor is that it will support the 5G.

We still have a lot of questions about the phone. But even though Motorola has taken the video down, we know it’s ready. So, maybe Motorola is about to announce the release of the Moto G8 soon. 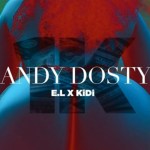 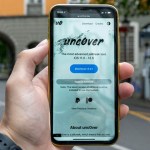