Kiki Banson Names Four Ghanaian Musicians Who Can Easily Win A Grammy. Music Executive And Public Relation expert, Kiki Banson, has shared light on the music structure in Ghana, milking the best from it in the long term.

Ghana didn’t get the nod, hence no awards, but Nigerians led the pack and represented Africa at the apogee of all music award shows in the world.

Burna Boy lifted an award for Best Global Music Album with Twice As Tall, Wizkid also picked one for Best Music Video with Brown Skin Girl by Beyoncé featuring the Made In Lagos album publisher, Blue Ivy, and SAINt JHN.

Kiki Banson revealed in an interview that, Ghana has abundant talents, however, the contributing problem to the fall in worldwide acceptance of their works is; lack of direction.

And, it can be prevented or solved when the entire Ghana music industry undergoes restructuring with a collective plan to accelerate at the same pace.

Even though that process is time-consuming, it will definitely yield results in the long term. All these can be done with the use of free modern technologies and tools including streaming services, social media and a host of others.

He believes Burna Boy’s sound is unique, and the world shifted towards and hailed him because of the authenticity, his evolution is based on the works of the legendary Fela Kuti. Hence, he will be in the music business for a long time, the shocking part was, Banson predicted twelve years ago that an artist from Nigeria will win the Grammy Award, which has come to fruition with Burna Boy’s win.

As to whether Ghana can win the award soon or in the future, Banson revealed that there’re four musicians in Ghana now who can lift Grammy Awards for the country, the only hindrance on their way is direction and re-engineering of Highlife music to suite current listener’s demand.

Ghana first got recognition at the Grammy Award show in 2018 when UK’s pop star Ed Sheeran won the Best Pop Vocal Album with Divide, the full body of work had a song called Bibia Be Ye Yie featuring Fuse ODG – produced by Killbeatz. In 2020, Ghana’s Rocky Dawuni was nominated in the Best Reggae Album category with Branches of the Same Tree.

Watch the full interview with Kiki Banson below : Kiki Banson Names Four Ghanaian Musicians Who Can Easily Win A Grammy. 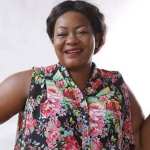 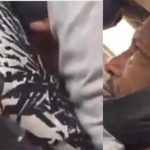